Roman Liapin is one of the most successful and famous Russian artist, who is also popular abroad. He is an honorary academician of the Russian Academy of Arts.

Researchers characterize the style of Roman Liapin as something
between an individual interpretation of classical realism and sensual
impressionism. For an artist, tradition does not limit freedom of expression. The great influence of modern Italian painting can be noticed in the artist’s works.

Classical theme – the urban landscape. Main cities in the life of Roman are Saint-Petersburg and Rome. That is why both cityscapes are so important for him. Sometimes the image of «Northern Venice» and «Eternal city» are merged together as an imaginary dream city. In other words, the artist does not seek to depict an exact topography, but to show a more generalized image.

The city is usually depicted from the bird’s eye view or from the roof. The main accent is made on the sky. It becomes a symbol of freedom, delight and flight.

In addition to the “old town” a notable subject of Liapin’s art is a modern city – here you can meet television towers, giant stadiums, skyscrapers. The author is attracted by the rapid pulsation of today.

In addition to the “old town” a notable subject of Liapin’s art is a modern city – here you can meet television towers, giant stadiums, skyscrapers. The artist is attracted by the rapid pulsation of today.
Roman Liapin had more than thirty personal exhibitions in Saint-Petersburg, Moscow, Sochi, Rome, Madrid, New York. In Saint-Petersburg his exhibitions were held in Manege, Erarta Museum and Leningradcenter.

Liapin’s works are presented on the website of world famous auction houses Christie’s and Sotheby’s and kept in private collections all over the world, in the houses of celebrities and politicians.

The art works presented in our gallery are very exquisite and exclusive. 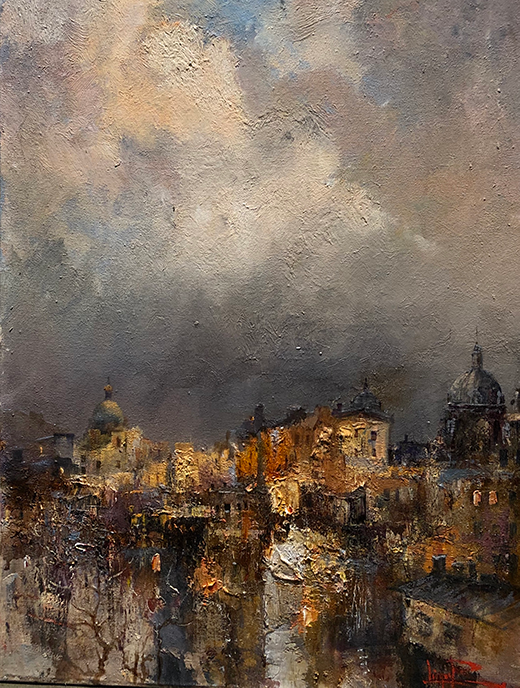 Magnificent picturesque panorama of the city appears before the viewer in a painting made by outstanding master Roman Liapin. The urban landscape is a blurred outlines of buildings, as the generalized image that is important for the artist. The sky here is depicted as a symbol of eternal and higher principle. But the most important thing for an artist is the desire to capture the air. That is why houses, panoramas, monuments in the picture do not have clear outlines, they are hidden in haze. The painting was created in the style of classical realism and sensual impressionism. The artist works boldly and impulsively, using both a palette knife and a brush.
Read more 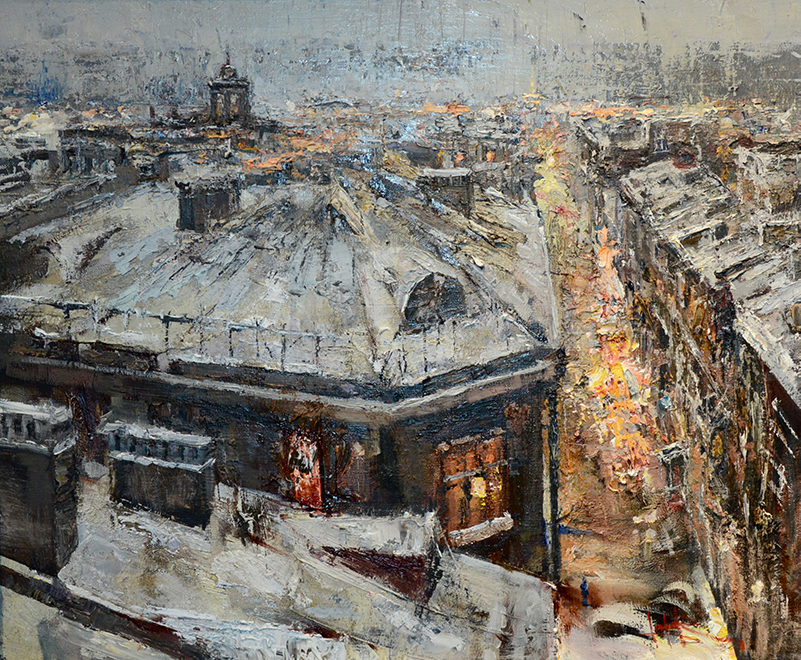 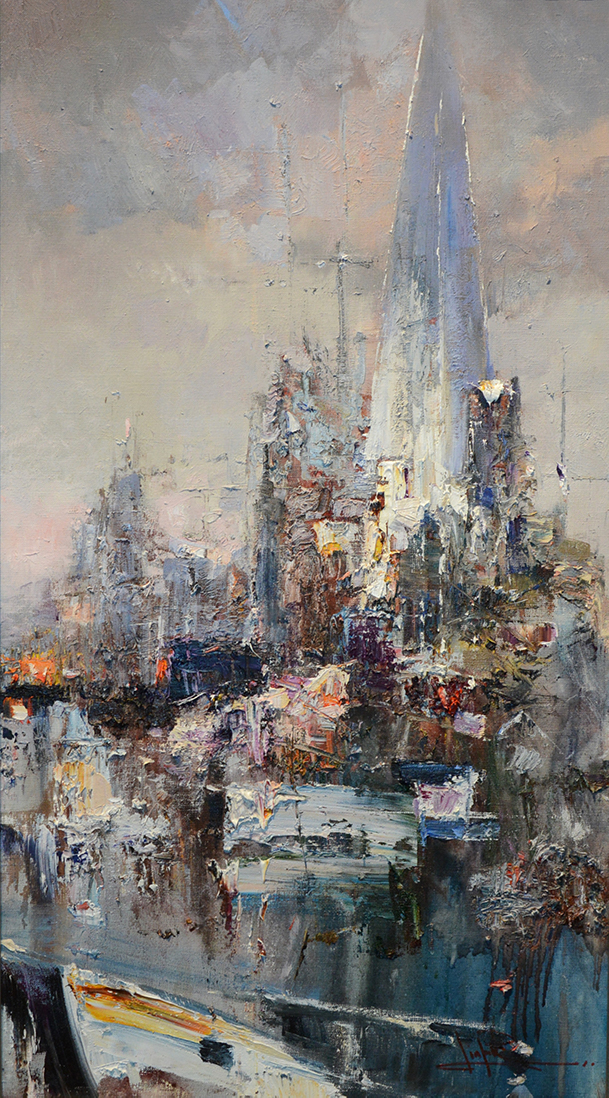 RARE AND FASCINATING WORK CREATED BY ONE OF THE MOST GENIUS MASTERS OF OUR TIME, ROMAN LIAPIN. THE ARTIST MASTERFULLY DEPICTED ONE OF HIS FAVOURITE GENRES – THE URBAN LANDSCAPE, WITHOUT OUTLINES OF THE BUILDINGS. IN ADDITION TO THE "OLD TOWN" A NOTABLE SUBJECT OF LIAPIN'S ART IS A MODERN CITY WE SEE A NEWSYMBOL OF SAINT-PETERSBURG THE TAKHTA CENTER SKYSCRAPER. THE AUTHOR IS ATTRACTED BY THE RAPID PULSATION OF TODAY. THE ARTIST USES BRIGHT COLOR SPOTS AND A VARIETY OF PAINTERLY TEXTURES (PASTY BRUSHSTROKES). THE COLOURS THAT THE PAINTER USED TO CONVEY THE SUNSET ARE VERY BRIGHT AND EXPRESSIVE. THE ARTIST WORKS WITH BOTH A PALETTE KNIFE AND SO WITH A BRUSH.
Read more 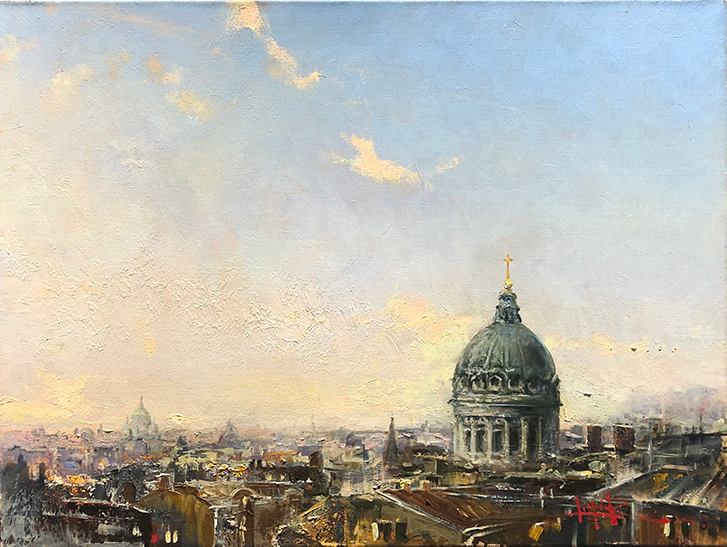 Majestic city panoramas of Saint-Petersburg often become the subject of Roman Liapin's paintings. So here too the artist has depicted a magnificent view of the center of St. Petersburg, its roofs and the dome of the Kazan Cathedral. The artist has picturesquely managed to convey the air in which the city is melting. The sky is a symbol of the eternal principle, which the author pays special attention in most of his works.
Read more